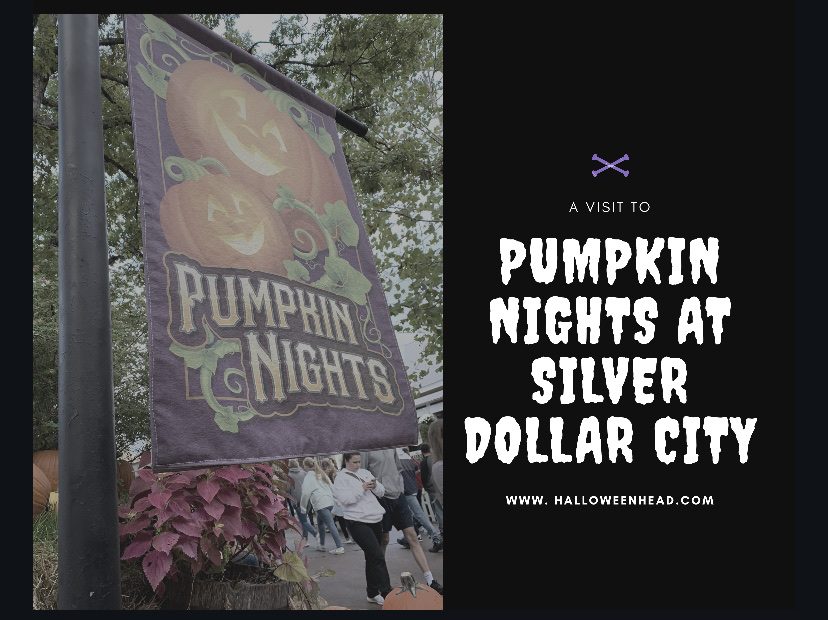 I was so excited to go on a mini excursion to celebrate my favorite season of all! I went to visit the inaugural Pumpkin Nights at Silver Dollar City Amusement Park in Branson, MO this past weekend.

Branson is a quick three hour drive from where I live and I have lots of fun and fond memories going to Silver Dollar City with my family growing up. It was always a summer vacation spot for us, but I’ve never been to visit this late in the year. The last time I was there was in the summer when I had to have been about 11 or 12 years old.

Let me tell you something though about this trip – the fall foliage driving through the Ozarks this time of year is absolutely magical. I was having an equally fun time soaking in all of the colors of the leaves as I did enjoying the masterfully carved pumpkins in the theme park.

If you would like to take a look at what the first ever Pumpkin Nights is like, keep on reading to see lots of photos!

The pumpkin nights theme was mostly only decorated in the eastern portion of the park and scattered somewhat as you journeyed towards the epic pumpkin epicenter.

Upon entering, guests are given a small sample of what they’e in for as they journey through the magic of Pumpkin Nights. 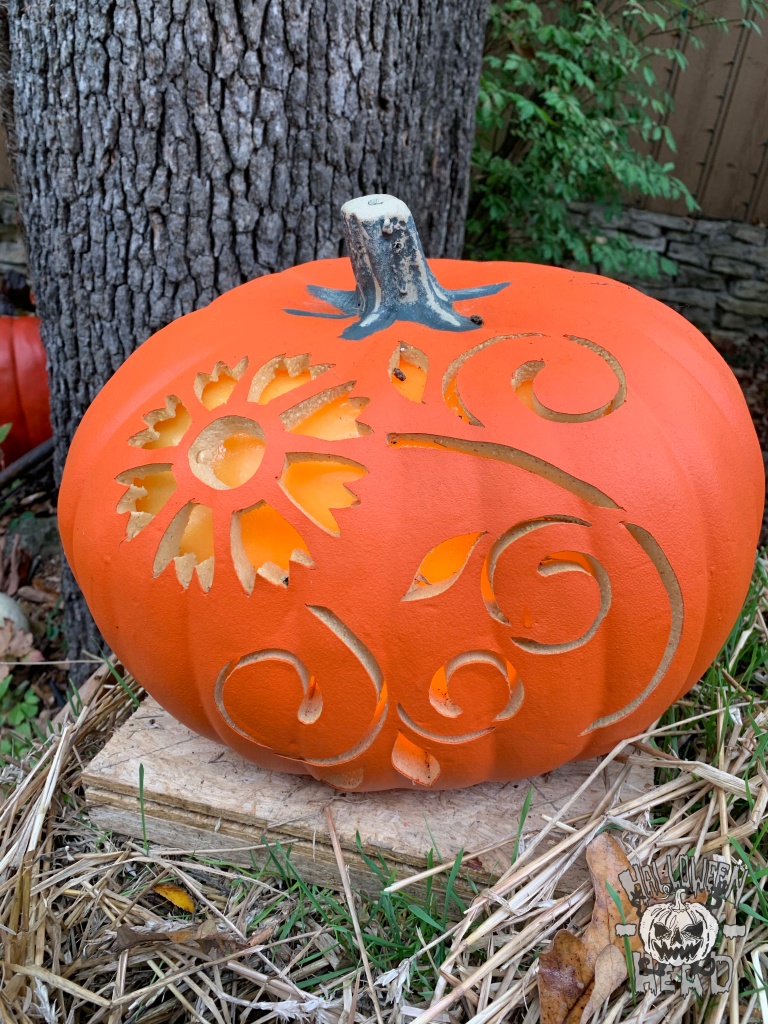 The lit pumpkins are actually faux craft pumpkins illuminated by a light bulb. They are often found nestled among real pumpkins in their displays, but they are masterfully crafted nonetheless – I for sure could not carve these elegant winding designs on a real or craft pumpkin.

My hope is that all of these pumpkins are saved for a second year and many more to come! 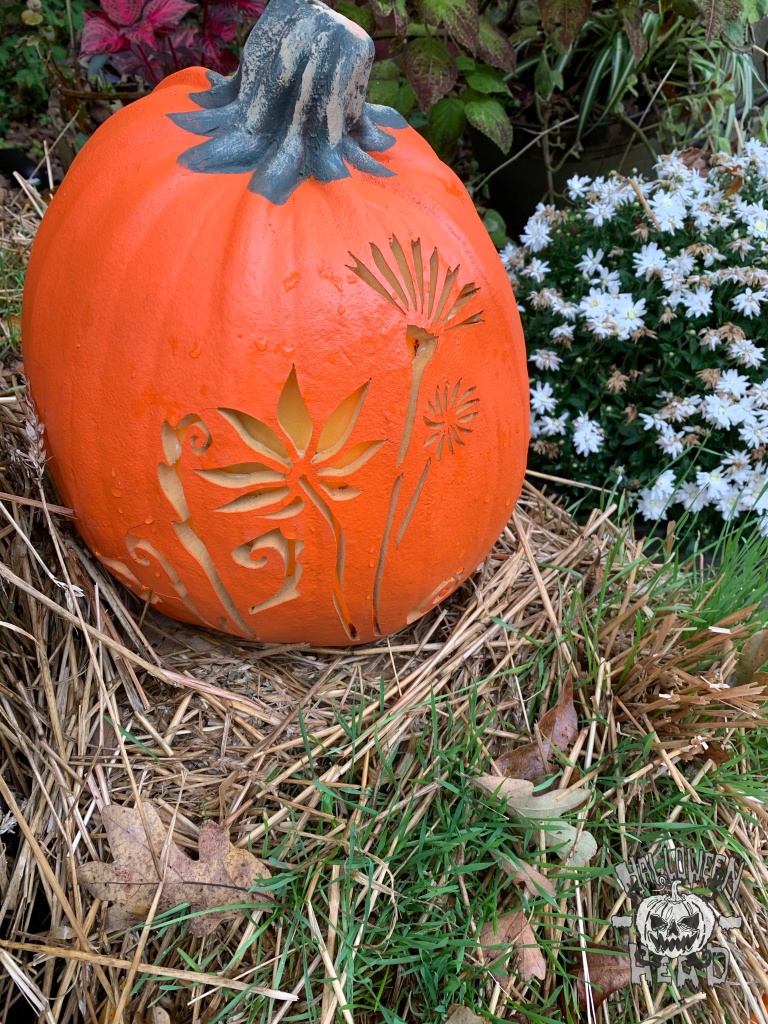 Near the amphitheater, there were many music inspired pumpkin designs which I enjoyed immensely. As a musician, these designs spoke to me on a whole different level! 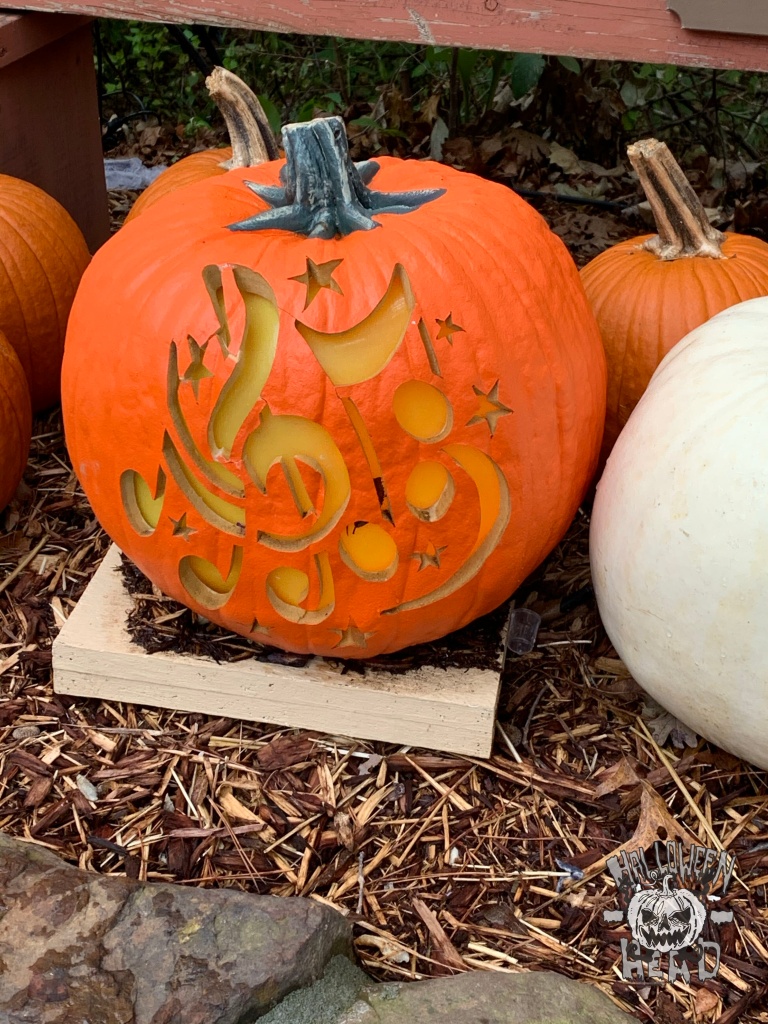 There were some super crafty pumpkin people doing their artist thing all over the park, like this one.

There’s something especially exciting about walking under dimly lit pumpkins with a gloomy sky overhead. All of the fall feelings were felt during this adventure! 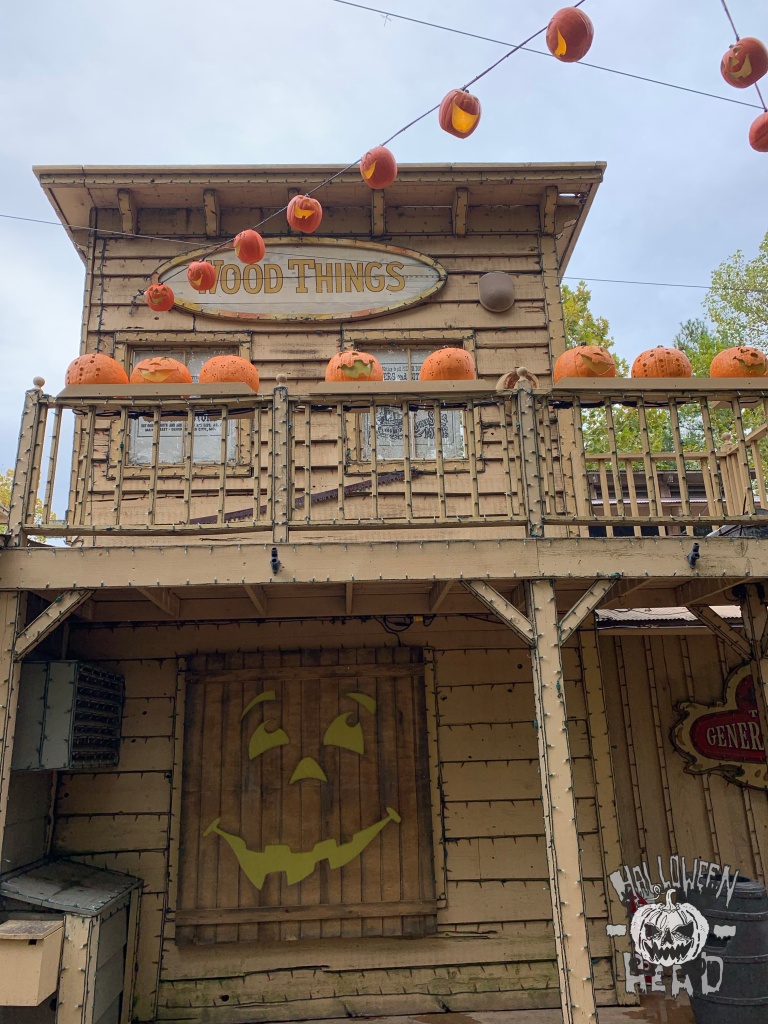 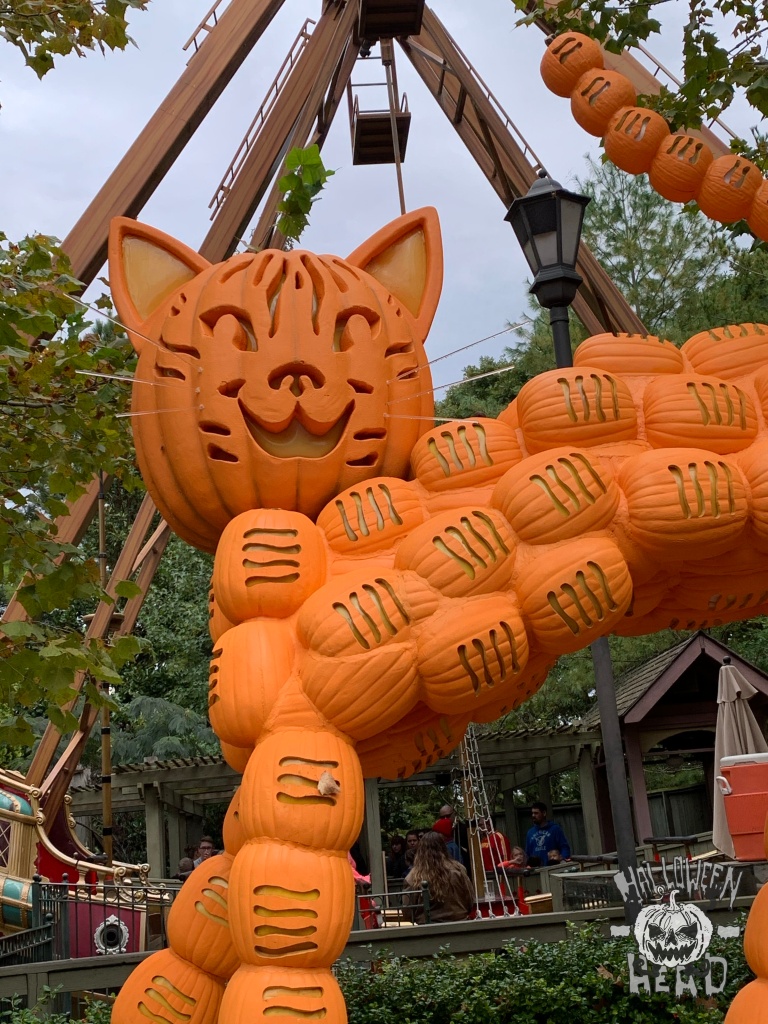 There were amazing larger than life faux pumpkin sculptures that we awe inspiring! It was fun to see the excitement all of the adults and children felt approaching these characters.

Aren’t you just batty for this piece?! 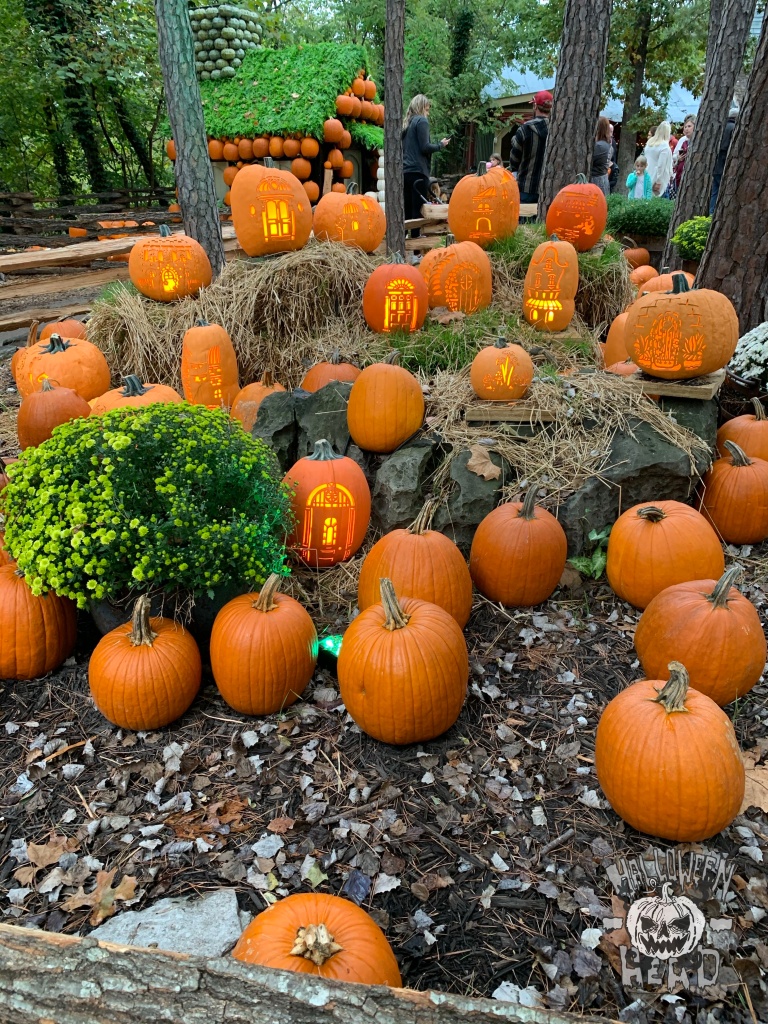 Starting at 5 p.m. in the evenings, the open up a special area on the east side of the park that is full of dance parties, face painting, photo ops and tasty fall treats like cider, dumplings and pumpkin funnel cake!

It was insanely busy – because everyone loves fall and pumpkins! 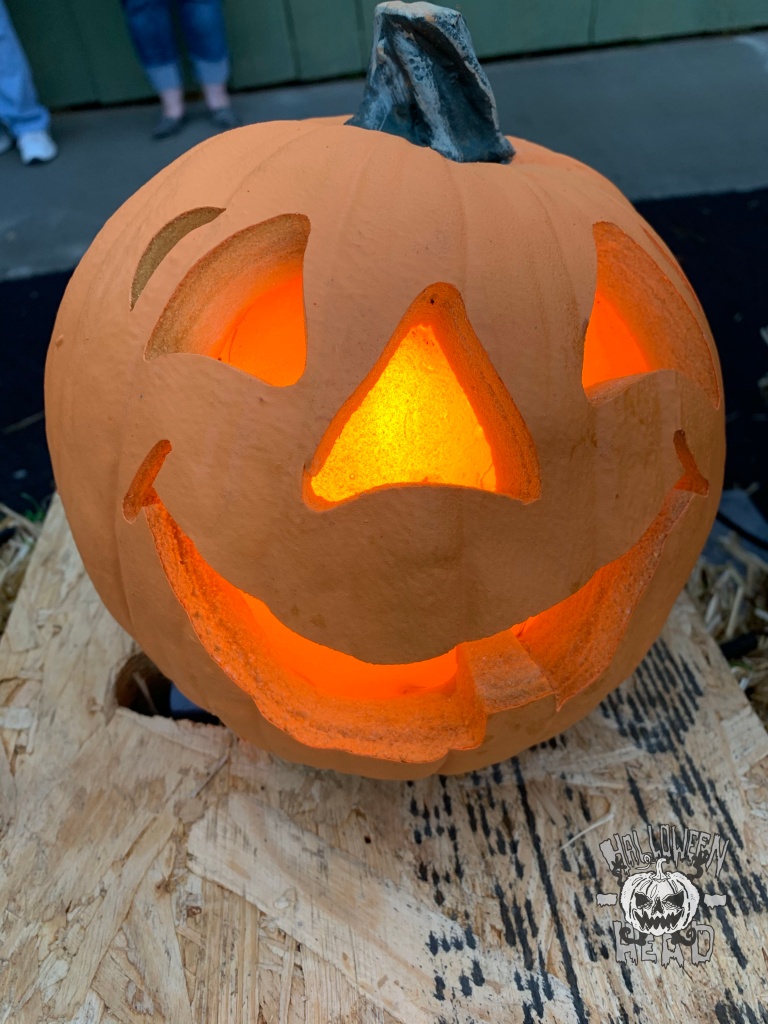 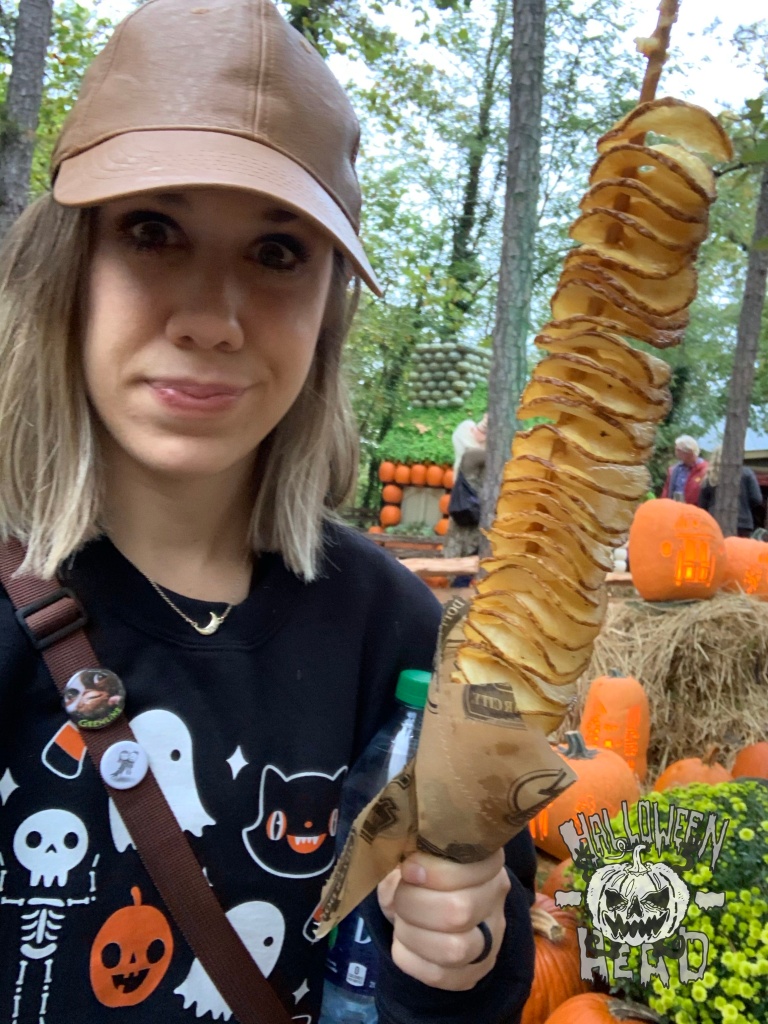 It’s not a trip to Silver Dollar City without an amusement park snack. After touring Marvel Cave and riding Thunderation I worked up an appetite for some spiraled tater on a stick.

Pumpkin Nights was such a fun event and I highly recommend it for anyone looking for a quick and festive trip. This year it ran on Wednesday nights through Sunday beginning in late September through October 26. There are only a few days left of the event, but I’m hopeful it’ll return again as fall always does.

Check out this video for another up-close look at Pumpkin Nights 2019: