A place is defined by it’s past – or the ghosts that are left behind. Tulsa, OK is no different than any other city in the U.S. , or in the world for that matter, because it has its fair share of ghosts.

I had the privilege to go on a Tulsa Spirit Tour a few days before Halloween this year! If you are a Tulsa history buff, you are interested in a city’s history, or just love a good ghost story – you need to a book a tour. They offer a variety of different tours throughout the year, but my husband and my friends and I chose the classic haunted Tulsa bus excursion. I went on the tour about ten years ago when it was a Paranormal Investigation Team of Tulsa (P.I.T.T.) Tour. Teri French, founder of P.I.T.T. and her ghost hunting colleagues are still a part of that team, but have upgraded and transformed their haunted tours since then and now call them “Tulsa Spirit Tours”.

I wanted to share a little bit about all of the haunted and fascinating spots we went to but each tour is slightly different – I won’t go into too much detail, because I want to ensure that I don’t giveaway too many intriguing facts so that YOU can experience a tour someday for yourself!

Our first stop was a building located at 1330 E. 15th St (Cherry Street). Currently, the structure is home to a Jason’s Deli, some office spaces and other restaurants. The building was built in 1909 and was Belleview Elementary School until closing in 1990, making it one of the oldest operational schools in Tulsa. It is said that a child in period clothing has been seen here in the back alley of building and has also played tricks on patrons visiting Jason’s Deli. It is believed that the child that has been witnessed here was a former and early student from the school who tragically fell from a window. 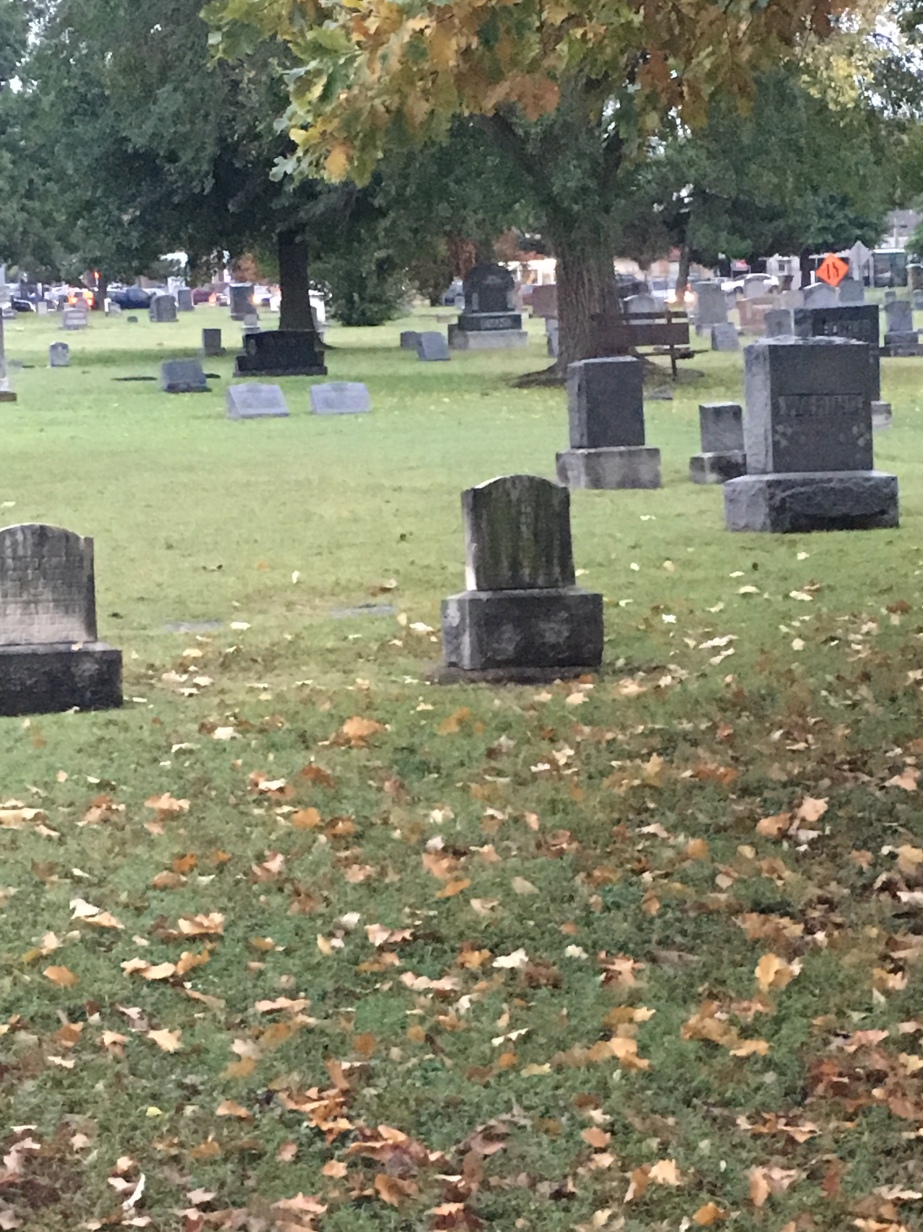 The next stop the bus took us to was Oaklawn Cemetary –  Tulsa’s oldest cemeteries found at 1133 East 11th Street. During our stop here, our tour guides shared multiple stories both related to the location we were parked and some information on other historic sites in the city.

Oaklawn is significant to Tulsa’s history because it is the rumored location of a mass burial site from the 1921 race massacre victims. Our city’s Mayor recently announced that we might actually re-open the search for these graves which could answer many questions and offer some healing.

It is said that a young boy haunts this cemetery and can be seen around 3 a.m. in the corner near the intersection at 11th and Peoria staring off into the distance.

During our stop at Oaklawn, we were treated to some other haunted tales about the oldest house in Tulsa (located in Owen Park) and we heard some electronic voice phenomena recordings (EVP) the tour guides captured at an investigation at an active cemetery in another Oklahoma town. 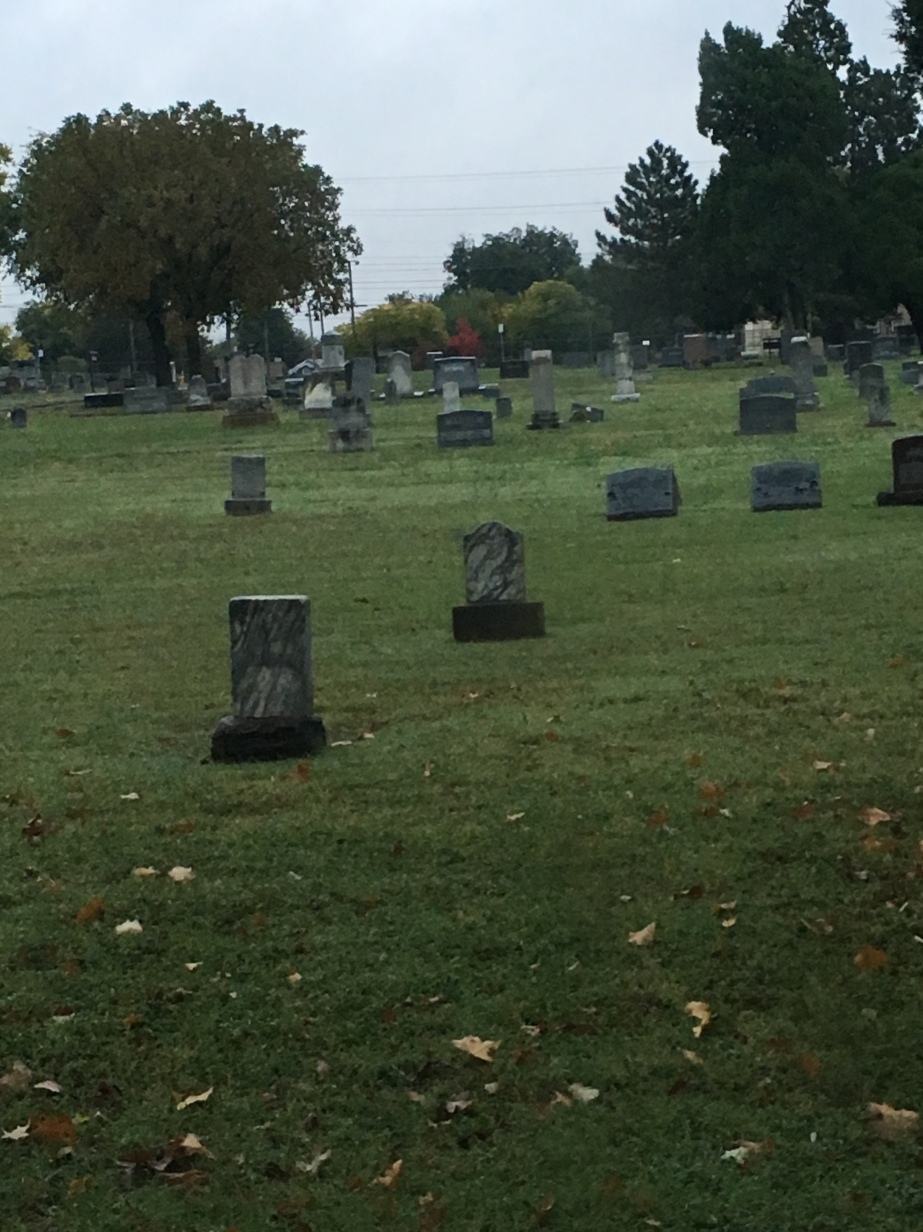 As it began to get darker outside, we went to a spot with an infamous dark past – the site of Tulsa’s Hex House. In 1944, a lady named Carolann Smith lived in the home that once stood here – along with two other women she took in, Virgina Evans and Wiletta Horner. Smith was accused of treating these two womens as slaves in the home and taking their paycheck to purchase herself luxuries. The two women were denied any sort of livable circumstance by Smith and were forced to sleep on crates in thread bare clothing in the basement. Some neighbors said that odd burials and satanic rituals went on at the home late night. The two young women were said to have been placed under Smith’s “hex”, thus coining the name, the Hex House. 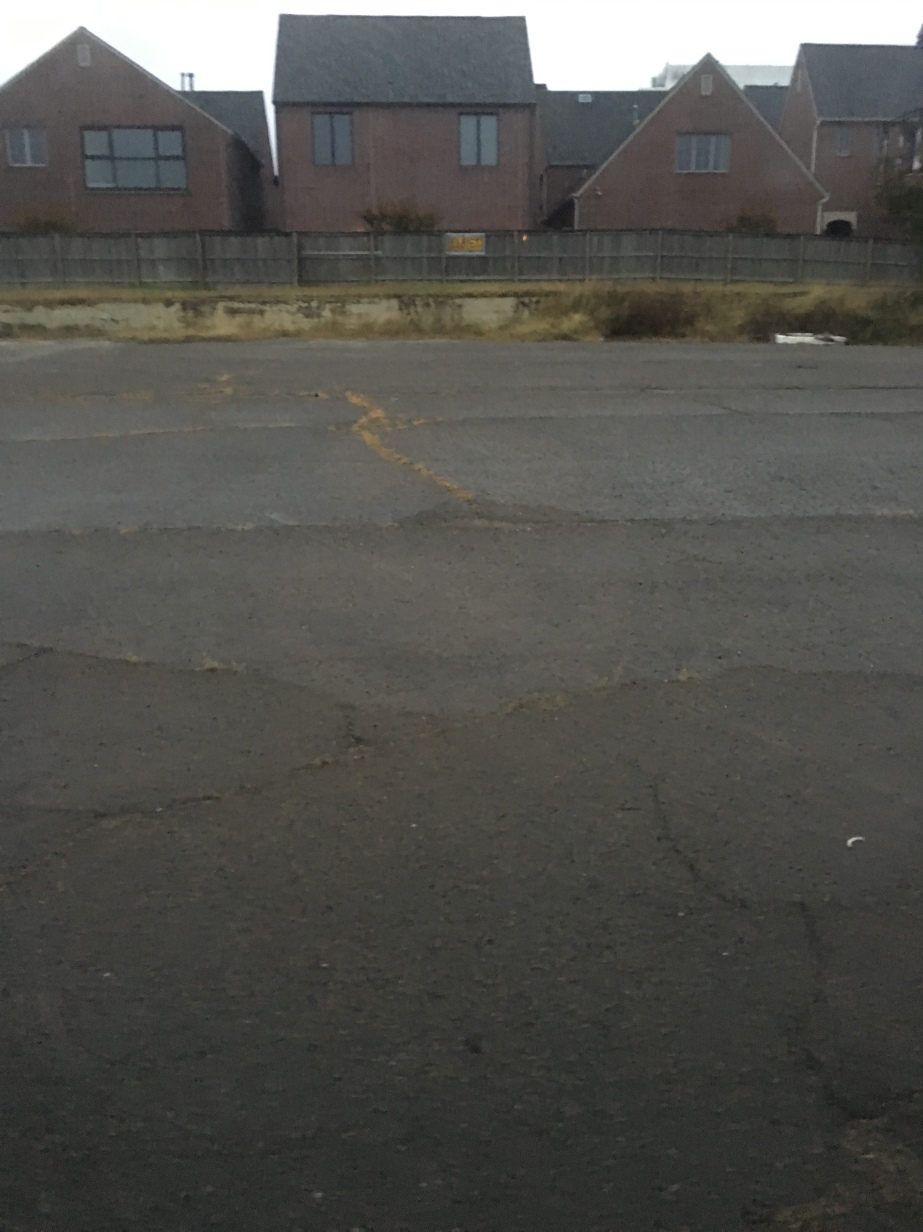 Smith also amassed a large income by taking out insurance policies on people she knew who died such as her late husband, father and maid.

The steps to the home still remain on 21st street in Tulsa (10 E. 21st St), but the home was bought and demolished and the location now acts as a park lot for the Akdar Shrine Temple.

Strange activity has been reported here such as vehicles changing their locations from where they were previously parked, lights and electronics in vehicles going on and off without anyone in the car, and vehicles stalling and not starting for no explainable reason.

The next stop on the tour was not haunted, but it still was creepy nonetheless. Most native Tulsans know about the underground tunnels in downtown Tulsa. The majority of these tunnels being used today to get to one building to the next without ever having to walk on the sidewalk have been renovated, carpeted, painted and lit – to the point to where you don’t even realize you’re walking under a street.

The tunnel we visited was on of the last remaining original tunnels connecting Waite Phillips Philcade and Philtower. Both of his building were erected between 1972 and 1929 and the tunnel that connects the two was rumored to have been built for Phillips’s safety. He feared he might be captured by gangsters due to his wealth so the tunnels were the perfect hiding/getaway spot.

You can read more about these secret tunnels here.

The hazy weather that night provided an excellent photo op of the Philtower and the eerie gargoyles that protect the structure.

Waite has his initials on everything in his buildings  – from door handles, to the patterns on the elevator to the cast in the archway pictured above. You will never be mistaken as to whose building you’re in!

Our tour bus was full of creepy dolls and I could not resist but to snap a photo of this doll below. I found the exact same antique porcelain doll for a $1 at a flea market this summer. I named her Constance Merriwether – and I was shocked to discover she has a twin!

Our last and final stop on the tour was the Peace of Mind Bookstore and Aquarian Age Massage on Cherry Street. There has been lots of activity reported at these locations and I got to even hold the electromagnetic field monitor in the basement which reported a bit of activity. There’s not too much history to provide reason for the paranormal findings here – however the team continues to investigate. 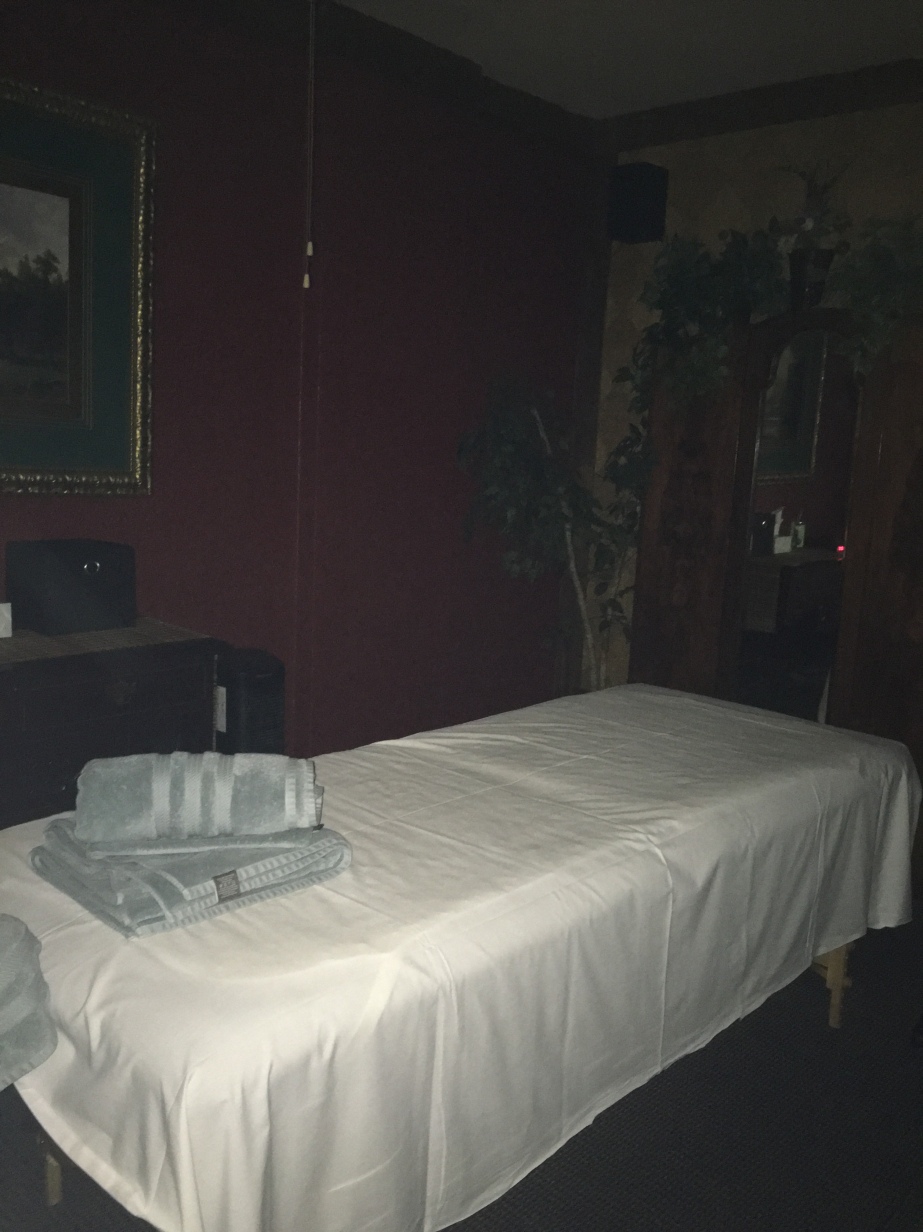 This room at Aquarian Age is reported to be the most active. Lights switch on and off randomly and a presence is often felt in here. The building is quite old that these two establishments are in, so there is bound to be some sort of history involved to explain these events.

It was such a fun evening to get to explore my hometown and it’s haunted past. I encourage you to check it out if you’re ever in Tulsa or if you’re already living here and want to learn more. 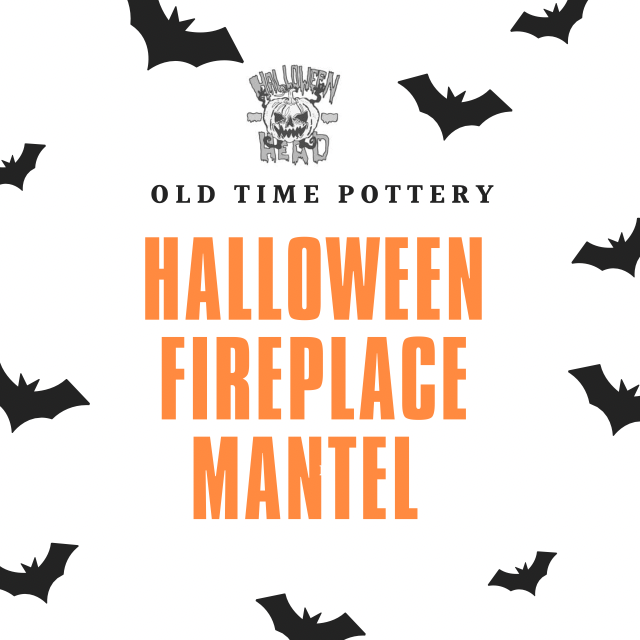